Andrea is a New Jersey-based writer and media maker with a passion for helping women and underrepresented journalists thrive.

END_OF_DOCUMENT_TOKEN_TO_BE_REPLACED 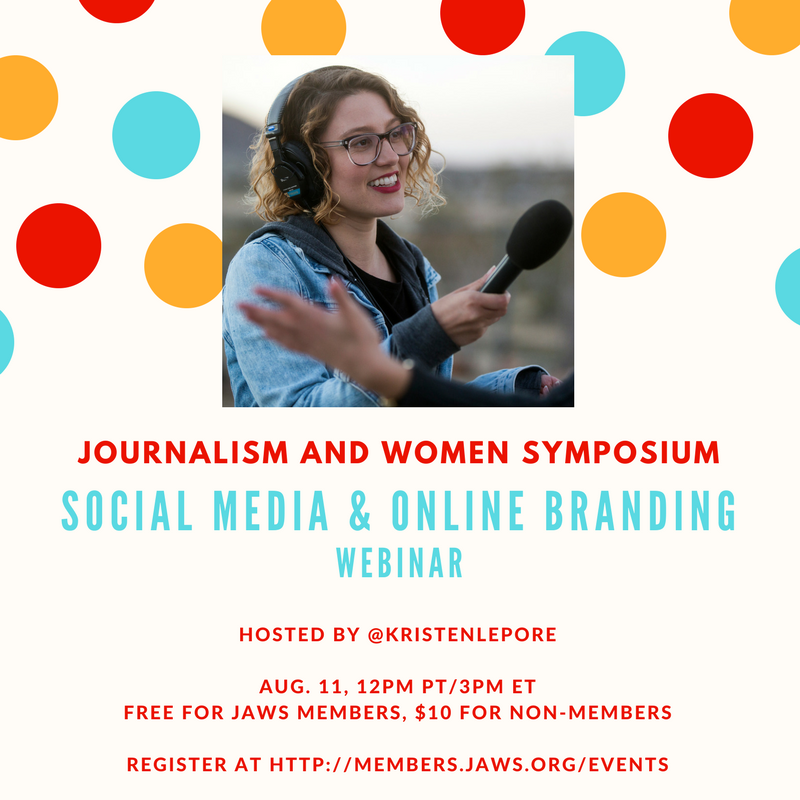 Social media is an extension of your brand whether it’s for personal use as a journalist or on behalf of your news organization. It can make or break a first impression. It can also deepen relationships with existing audiences. But knowing how to shape content for various platforms can be tricky, especially because these spaces are constantly changing.

END_OF_DOCUMENT_TOKEN_TO_BE_REPLACED 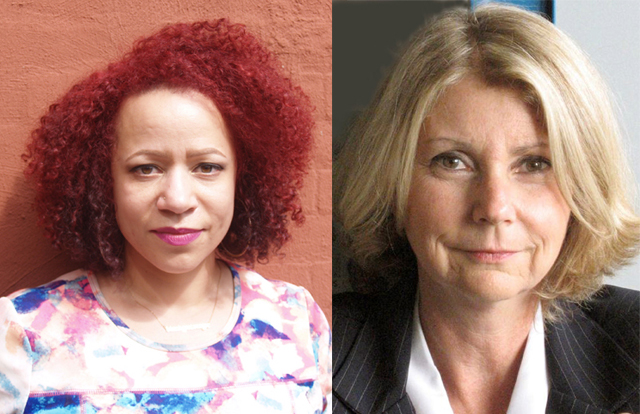 This year at the Conference and Mentoring Project (CAMP), we’re celebrating the act of veering off the beaten path and speaking truth to power.

And in that vein, we are so excited to announce our two keynote speakers: Nikole Hannah-Jones, a domestic correspondent for The New York Times Magazine focusing on racial injustice, and Lynn Sweet, a columnist and Washington Bureau Chief at the Chicago Sun-Times.

END_OF_DOCUMENT_TOKEN_TO_BE_REPLACED 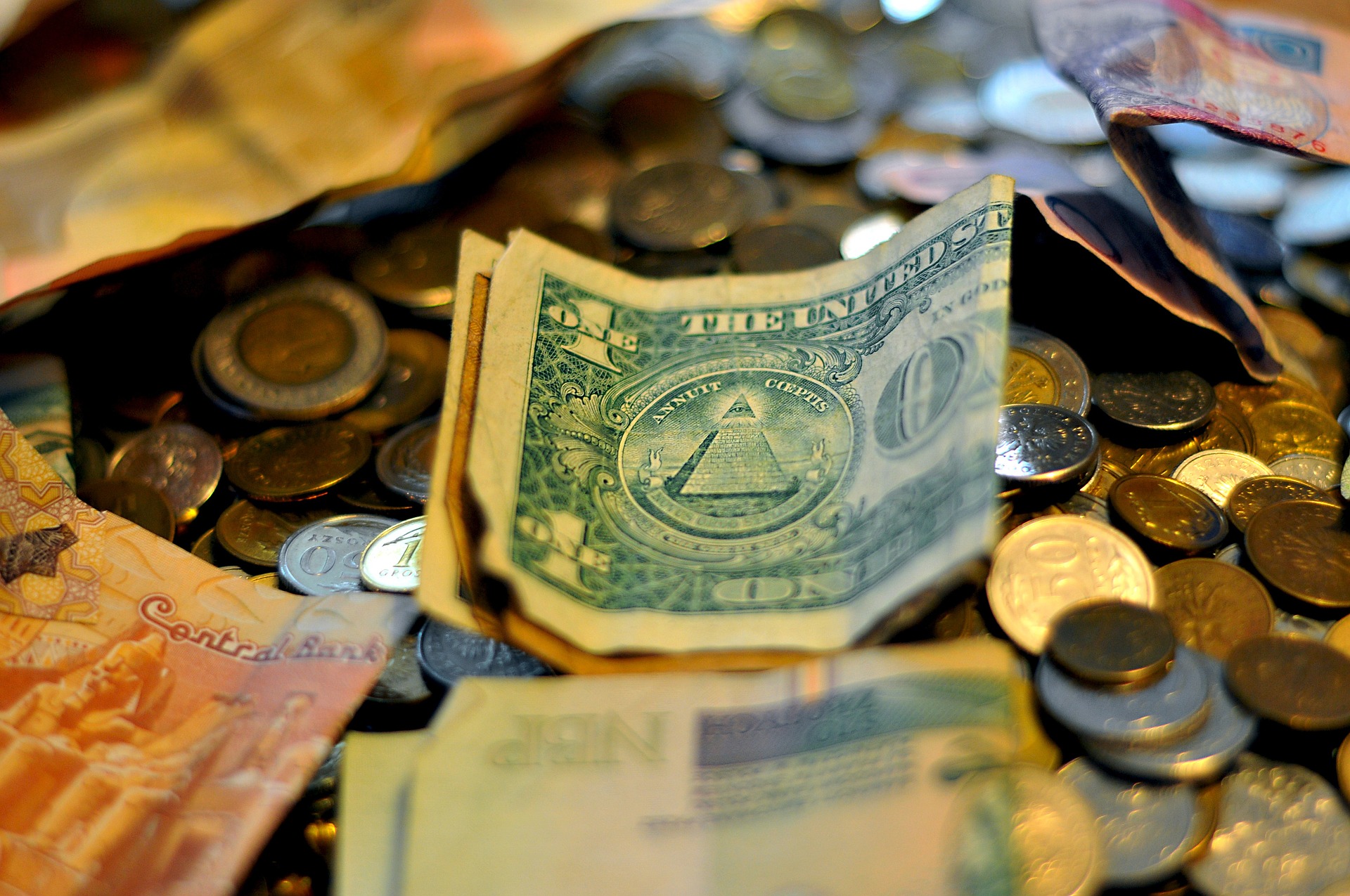 JAWS members in Las Vegas held a panel on salary negotiation and here are some takeaways from the panel.

Find out how much your colleagues earn, and share your salary as well. How? Ask them! Do this once you have established a rapport.

END_OF_DOCUMENT_TOKEN_TO_BE_REPLACED 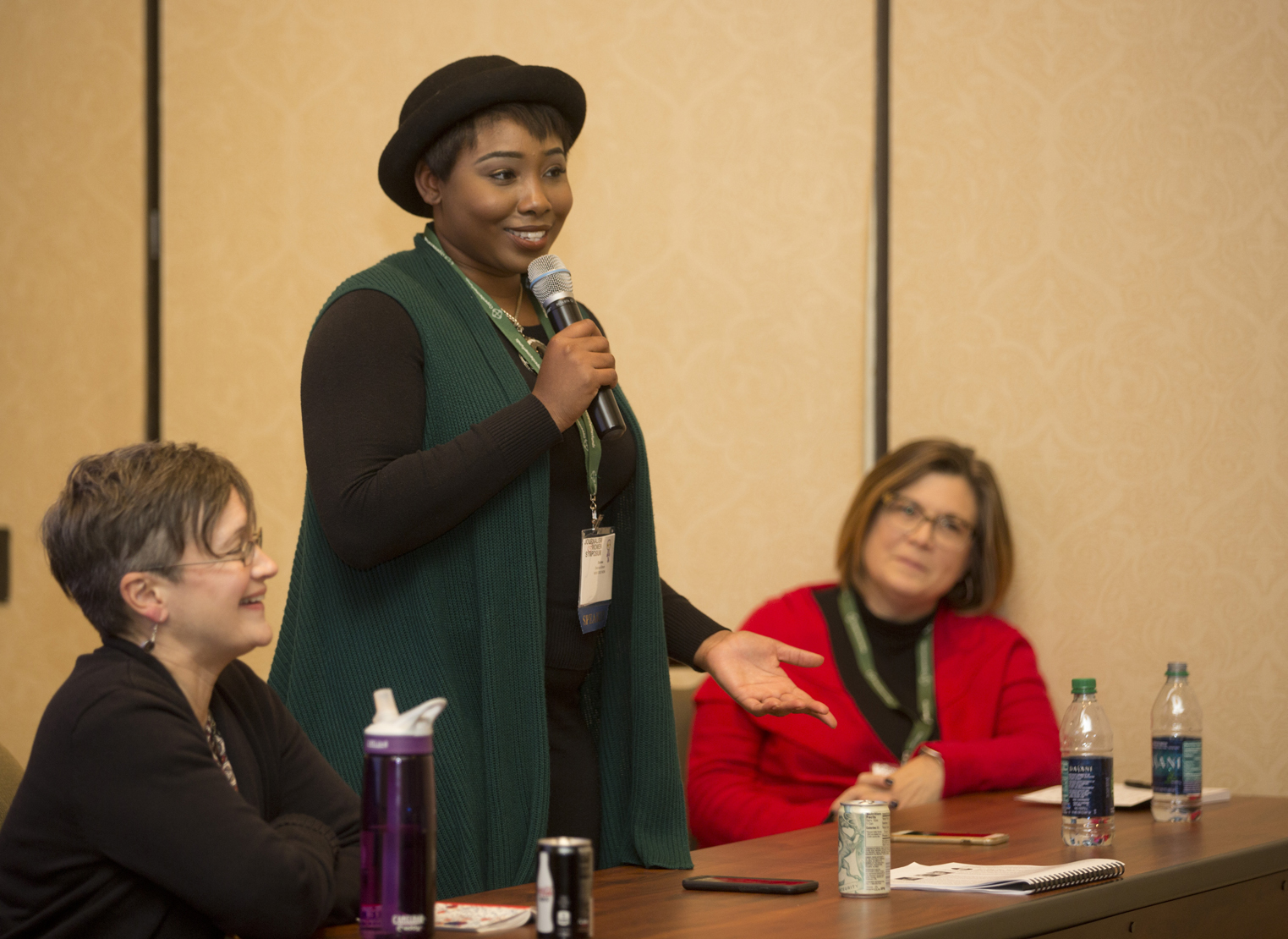 Registration for CAMP 2017 is in full swing – and a slate of engaging and enlightening sessions is already lined up.

Sessions this year are organized around three themes:

Going Deep: Focused on specific reporting topics to build your expertise
Your Path: How to navigate career hurdles and find opportunities to advance
Reporter’s Toolkit: Concrete tips and tools to help you hone your trade

Here is a preview of some sessions.

END_OF_DOCUMENT_TOKEN_TO_BE_REPLACED 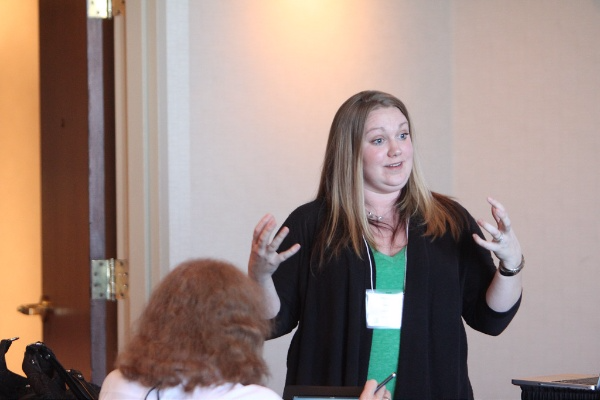 You asked, we delivered: we have two exciting pre-conference workshops planned on podcasting and leadership skills.

In 2013, men hosted 70 percent of the 100 most popular podcasts in the world (Bitch Magazine) and the number of women leaders and employees has remained stubbornly flat since the nineties (ASNE).

All you trailblazers out there working to reverse those stats, these are for you.

END_OF_DOCUMENT_TOKEN_TO_BE_REPLACED 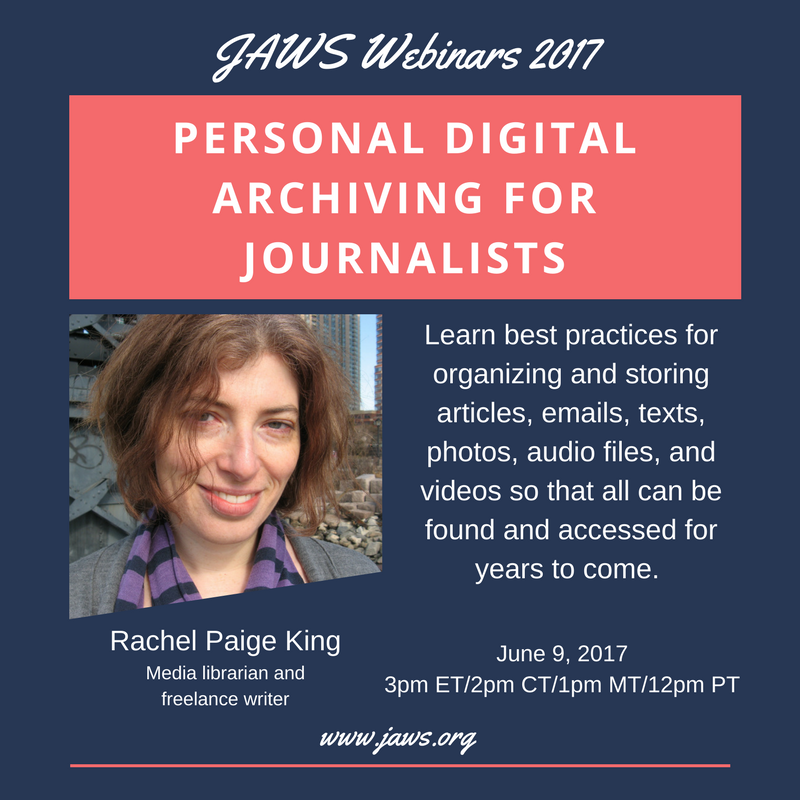 Have you ever had a file crash or become unreadable? Have you ever lost published content when an online magazine you worked for went bust? If so, you’ve learned a hard truth about digital information: it’s easy to copy and easy to share, but it can be frustratingly hard to save. Digital files become corrupted; storage media become obsolete. Tight budgets at most publications mean that there are few resources to allocate towards formal preservation programs. Yet all the work journalists produce on a daily basis–from our reporting to our finished articles–continues to be valuable long after deadline and should be saved.

END_OF_DOCUMENT_TOKEN_TO_BE_REPLACED 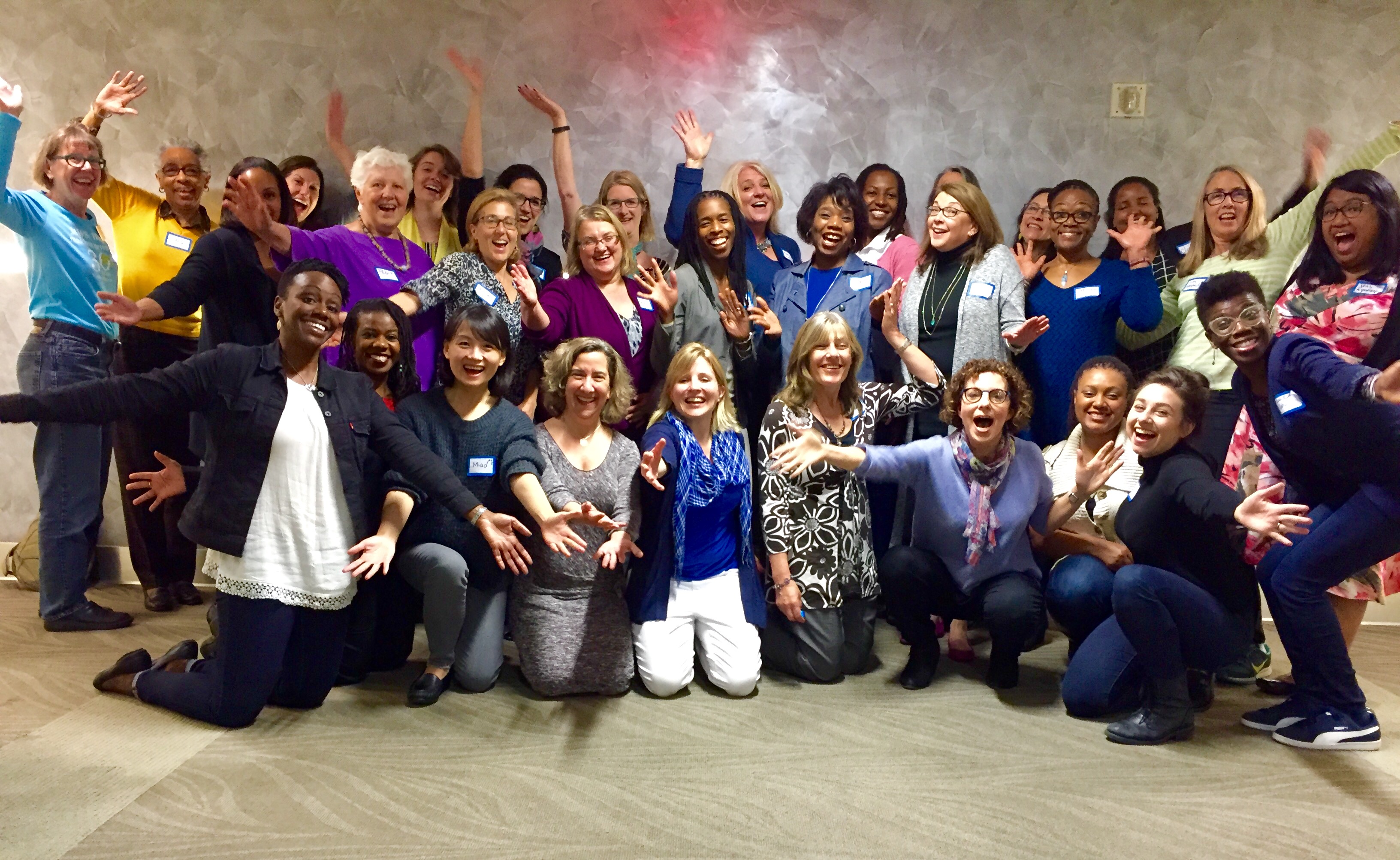 In case you haven’t heard, we have two leadership workshops planned for 2017 – one in the Bay Area (June 24) and one in New York (July 28). Jill Geisler and her team of veteran media leaders will share their collective wisdom, as well as offer personalized coaching throughout the one-day, interactive training. If you’ve been thinking about attending but haven’t registered for one in your area, now’s the time to do so. There are a limited number of seats at the table and we’ve started sharing the news about them far and wide. Don’t wait because we’d love to see you there!

END_OF_DOCUMENT_TOKEN_TO_BE_REPLACED

The board of directors voted at their spring meeting to approve new membership categories and fees designed to keep up with the changing nature of our profession and to keep JAWS a viable organization.

END_OF_DOCUMENT_TOKEN_TO_BE_REPLACED

We’re excited to launch what we hope will be the first of many webinars this year by bringing in JAWdess Marissa Evans to help those of us whose online portfolios are in need of some TLC. Whether you need help with getting started, think your site just needs a bit of tweaking or are contemplating a complete overhaul of your website, this two-part series can help!

END_OF_DOCUMENT_TOKEN_TO_BE_REPLACED

As 2016 draws to a close and the season of giving begins, we’re looking forward to 2017 and all that we’d like to do to further our mission of “supporting the professional empowerment and personal growth of women in journalism.”

This year, we’re participating in Giving Tuesday (Nov. 29) and are asking you to join us. We’re asking you to give to JAWS in honor of the women in your life – especially the JAWdesses who inspire you to “lift as you climb.”
Give the cost of a week’s worth of coffee prepared by your favorite barista. Ask your family and friends to give to JAWS in lieu of buying you something else you don’t really need (or want) this holiday season.

END_OF_DOCUMENT_TOKEN_TO_BE_REPLACED 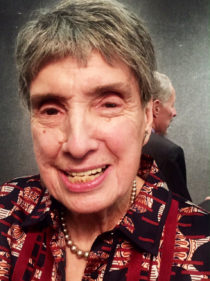 Story and photo by Betty Medsger

This JAWS pioneer was given a lifetime achievement award on Nov. 16 by the Society of the Silurians, an organization of veteran journalists in New York. Many JAWS members were present to honor her.

What a life of service to the profession Betsy has led. Her achievements have benefited journalists throughout the country by leading the way in making it possible for women to be hired in greater numbers in the nation’s newsrooms. In 1974, she was the lead plaintiff in a class action suit filed by women at The New York Times, where she had been hired in 1956 as the paper’s first woman copy editor in the paper’s 105-year history.

END_OF_DOCUMENT_TOKEN_TO_BE_REPLACED

Remarks on social media from members of the Journalism and Women Symposium regarding journalist Gwen Ifill’s passing.

END_OF_DOCUMENT_TOKEN_TO_BE_REPLACED

I’m thrilled to announce the results of the election for the 2016-2017 JAWS board, which takes effect immediately.

END_OF_DOCUMENT_TOKEN_TO_BE_REPLACED

Are you a newbie when it comes to Google Tools? Do you know a tweet from an Instagram? Or are you a savvy social media user who wants to take your game to the next level? Then our CAMP Tech Training sessions are for you!

We’re doing things a little differently this year, with more focused workshops that fit in to the rest of the CAMP schedule. We are coordinating three sessions that run the gamut from Twitter 101 to livestreaming to optimizing your workflow through Google.

END_OF_DOCUMENT_TOKEN_TO_BE_REPLACED

DENVER – Journalism and Women Symposium and the National Society of Newspaper Columnists are creating a partnership to share and promote their conferences and work.

JAWS’ mission is to support “the professional empowerment and personal growth of women in journalism” and to work “toward a more accurate portrayal of the whole society.” What started as a small group of female journalists in the 1980s has grown into a thriving nonprofit organization of more than 800 women journalists.

END_OF_DOCUMENT_TOKEN_TO_BE_REPLACED

The second tweet chat about the Conference and Mentoring Project (CAMP) in Roanoke, Va. The regular registration rate ends on Sept. 15.

END_OF_DOCUMENT_TOKEN_TO_BE_REPLACED 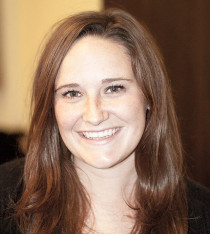 When I came to the Conference and Mentoring Project (CAMP) as an Emerging Journalist fellow last year, I was excited but also nervous and intimidated. Sure, I had seen the newsletters promising that the Conference and Mentoring Project isn’t your average conference (something I might have guessed when I read that everyone should come wearing their favorite big earrings). But I was still unsure of how I’d fit in or if I belonged among this talented group of women.

CAMP — and JAWS more broadly — exceeded my every hope and expectation. From the moment I arrived, every JAWdess I met was warm and welcoming. Journalists whose work I admired were willing to chat about career strategies and story ideas. The outpourings of support and advice were incredible. All of the keynotes and breakout sessions were led by smart, experienced women, and the sense of sisterhood was palpable. It didn’t matter if we were talking shop over cocktails or sharing our encounters with sexism. There was a constant air of camaraderie and understanding.

END_OF_DOCUMENT_TOKEN_TO_BE_REPLACED 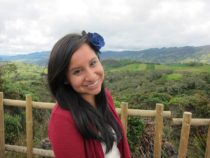 Sharing is caring — and it’s no different at CAMP.

Whether it’s a pen during a workshop, coffees before early morning sessions or a tasty meal at a nearby diner, the annual Conference and Mentoring Project (CAMP) is a time when things are freely shared.

We especially love sharing rides and hotel rooms. A list is available for those looking for a ride or a roomie, or for those with a room or car to share.