Journalism and Women Symposium is proud to announce the keynote speakers for its 2019 Conference and Mentoring Project (CAMP), which will be held in Williamsburg, Virginia, from Sept. 20-22. The line-up includes groundbreaking women in journalism whose lives and work embody the theme of CAMP, “Facing Our Past, Defining Our Future.”

“We are very excited to bring these impressive women with important stories to share to CAMP,” says Mira Lowe, president-elect of JAWS’ Board of Directors and co-chair of this year’s CAMP. Fara Warner serves as co-chair. “As we gather in an historic setting to face challenges of our past and future as women and as journalists head-on, we look to these speakers and leaders for inspiration, guidance and strength.”

Gilliam is a former reporter, editor, columnist, author and educator, who made history as the first African American journalist hired by The Washington Post. Gilliam began her journalism career as a reporter for The Memphis Tri-State Defender, a black weekly newspaper, where she covered the Little Rock Nine. She has been a reporter of, and advocate for, civil rights and social change throughout her life.

Gilliam earned her master’s degree at Columbia University’s Graduate School of Journalism, and was awarded that school‘s Journalism Alumni of the Year Award in 1979. In 1991, she was honored as a fellow at the Freedom Forum Media Studies Center at Columbia University, where she studied racial diversity in the American media. In 1996, she became a fellow at the Institute of Politics at the John F. Kennedy School of Government at Harvard University.

Her memoir, “Trailblazer,” chronicling her life as an award-winning journalist, socio-political observer and civil rights activist, was released to acclaim this year. 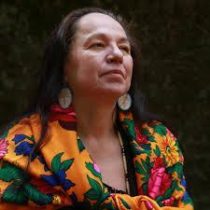 Pember, a member of the Red Cliff Tribe of Wisconsin Ojibwe, is an award-winning writer and photographer based in Cincinnati, Ohio. She was the first Native woman to graduate from the School of Journalism at the University of Wisconsin-Madison. She became the first Native woman press photographer to work as staff shooter at mainstream newspapers: The Green Bay Press Gazette, The Arizona Republic, The Oregonian and The Lexington Herald Leader. During her career she has won numerous mainstream and Native American Journalism Association awards.

While an active member and president of NAJA, she created the New York Times/Native American Journalist Association annual photo shoot out at conferences; created and presented workshops on photography, lighting and Photoshop at annual conferences and mentored many Native shooters. She won a Clarion Award for her reporting on sexual violence and sex trafficking in Native communities and NAJA’s Best Beat Reporting Award for ground-breaking work on Missing and Murdered Indigenous Women.

In connection with her work reporting on intergenerational trauma, Pember has been awarded a Rosalynn Carter Fellowship for Mental Health Journalism and a grant from the Annenberg School for Communications and Journalism, University of Southern California; and the Dennis A. Hunt Fund for Health Journalism. In 2018 she was awarded the NAJA/ Medill Milestone Achievement Award. Her March 2019 piece in the Atlantic, “Death by Civilization,” chronicles the trauma of Native children—including Pember’s mother—who were forced into boarding schools that stripped them of their culture. She is a recent recipient of the Investigative Fund’s Ida B. Wells Fellowship and USC Center for Religion and Civic Culture’s Spiritual Exemplars Project. 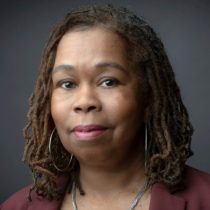 Richardson, an award-winning editor with more than three decades of experience as a newsroom leader, was appointed Chief Executive Officer of The Center for Public Integrity this spring. She is the first African-American to oversee one of America’s oldest nonprofit investigative journalism organizations.

The former editorial director, Newsroom Practice Change, at Solutions Journalism Network, Richardson also served as editor and publisher at The Chicago Reporter, a nonprofit investigative newsroom focused on race, poverty and income inequality, and managing editor at the Texas Observer, a venerable voice for independent journalism in the state. She has been an editor at the Chicago Tribune and the Sacramento Bee, where she led a team reporting on grassroots efforts to rebuild South Central Los Angeles after the 1992 unrest.

Named one of the most powerful women in Chicago media, Richardson was also a fellow at the Nieman Foundation and a research fellow at the Shorenstein Center. She received an undergraduate degree from the University of Texas-Austin and holds a Masters in Public Administration from Harvard, where she studied poverty and community development.