I’m excited Williamsburg is the site of this year’s CAMP.

Having grown up a few miles away in Newport News, I can’t count the number of times Williamsburg figured into both my leisure and learning.

It’s still a place I miss and I try and visit whenever I’m in the area. What’s important to understand is that the truth of the settlement is still being uncovered. It was never as simple as white colonists, slaves and Native Americans — though that’s what we were taught until the voices for change got louder and louder in the 1980s. That’s why I’m looking forward to learning more about what historians are continuing to find at Williamsburg at CAMP this year. 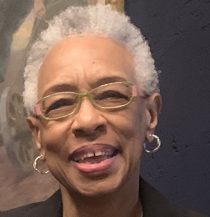 I also look forward to sharing more of my story, as we always do at CAMP over breakfast, at dinner and on hikes and walks. I pursued a career in journalism in Virginia at a time when racism kept me — and other African Americans — from working in the main office of the daily newspaper, the Daily Press, when I was an intern. The paper offered me a job after college. I chose Newsday instead.

I ended up working for the Daily Press later — three different times — and always moving up the pecking order before ending with an executive management role. My parents’ friends thought I must have been special to have been hired so many times by the paper they knew to be racist. Certainly not enough has changed at my hometown paper — or in many other newsrooms. I hope journalists from the Daily Press and its sister papers will join our discussion at CAMP 2019 on how to bring more diversity, equity and inclusion to our newsrooms.

But I do know that Williamsburg has changed–and continues to change. There have been boycotts, racist rants and denials. At one point, Colonial Williamsburg’s bottom line was threatened. Slowly, a more diverse group of historians, educators and activists have made the successful case for owning up to how the truth has been ignored.

The revelations spilling forth are part of the change Williamsburg celebrates as it marks the 400th anniversary of the arrival of Africans.

I feel uplifted being a part of a community recognizing and embracing the opportunity to highlight the resilience and perseverance of the people who inhabited this city. Perhaps there are lessons for JAWS. We can learn from the inexhaustible efforts to provide the context that explains the truth of our own community.

The themes are the same: diversity and inclusion. It existed in Williamsburg 400 years ago — historians say even before then. Africans were a part of early explorations — and not as slaves — but their voices were ignored in the telling of those ventures.

Have we also told incomplete stories about JAWS? Have we done a good job defining what diversity and inclusion have looked like in our more than 30-year history?

Can we, without the need for pointing fingers or assigning blame, state the facts as journalists and agree — as I believe many of us have already been declaring — that together we’ll find ways to rectify and move forward?

If there’s a “right” time to be in Williamsburg it is now. Williamsburg no longer wants to ignore the truths of its founding. In the telling of its history today, there is acknowledgment of whom and what was hidden. It’s a community still healing, revealing the heretofore untold stories.

JAWS also is healing. Our pain and shame cannot disappear overnight. Nor can it only be discussed online. At CAMP 2019, we will be looking at our country’s past, our own history and working together to define the future of JAWS in the same rooms with each other. Programming will focus on three main areas: build, connect and learn. Learning sessions will include a plenary session with a Williamsburg historian to speak on the new narratives that are being told about its history and a workshop on covering hate in America. Connections will be made through speakers such as Dorothy Gilliam, Susan Smith Richardson and Mary Annette Pember. There will be time for connections after keynote speeches and a renewed focus on bringing members together to watch films and explore Williamsburg together.

Together we’re going to work to become a more diverse and inclusive organization.

Sheila Solomon, an expert in newsroom diversity, has had a lengthy career as a reporter and editor for a variety of news outlets. As a senior consultant to the Democracy Fund, she’s examined Chicago’s journalism ecosystem in an effort to foster a more collaborative and sustainable media environment. She also serves as the strategic alliance liaison and manager of recruitment and internships at Rivet Radio, a Chicago-based smart media production and distribution company.

For more information on Colonial Williamsburg, visit the website here. For information about the Jamestowne Settlement and its exhibits, visit the Historic Jamestowne website. CAMP 2019 will be held at the Williamsburg Lodge from Sept. 20-22, 2019. Register here, and book your room at the JAWS rate.