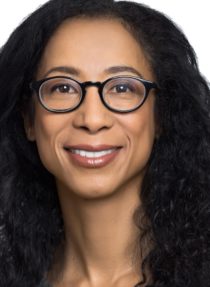 In 1985, a group of women who had led the fight to achieve equity in newsrooms formed the Journalism & Women Symposium (JAWS).

This group’s hope? Create a network of women who support one another, learn new skills and ultimately thrive in the industry.

In these last 30+ years, this network has grown to nearly 700 members, offering around-the-year webinars, regional events and an annual conference that attracts top-notch speakers, cutting-edge workshops and some of the biggest news leaders in the country.

And thanks mainly to membership donations, this organization has been able to launch a mentorship program, a fellowship program and other efforts to bring in more young women and women of color.

Today, many of our former fellows, including Vice President Lindsey Anderson and board members Nicole Raz and Charisse Gibson, have become some of this group’s most active members, committed board members and biggest donors.

That’s just the beginning of what’s been accomplished by the board in 2018. This fall, our membership elected the most diverse board in JAWS history. And we welcomed more women of color to our Conference and Mentoring Project (CAMP) than ever. JAWS received among the largest grants it is history this year. The Democracy Fund has awarded our group a $120,000 grant, and the Ford Foundation has awarded our group $50,000. That’s a total of $170,000, folks. Yes, that’s huge.

In addition, we did a great job during #GivingTuesday, raising upwards of $13,000. That money will go to sustaining our month-to-month expenses; the biggest amount going to going to our part-time staff members, operations director Roxann Elliott and digital communications manager Andrea Crowley-Hughes. Both, by the way, began working for JAWS about a year ago, and are working hard to improve operations and address member needs.

Having said all of that, I want you to know my biggest priority as a woman of color and longtime journalist and journalism educator is for this organization to become a better organization, one truly committed to respect and social justice.

To that end, we have hired a nationally recognized Diversity and Inclusion consultant to help us address issues of how members treat one another, online and off. Dr. Mary J. Wardell is working with the board as we seek to address the concerns around inclusion brought to light by our 2018 fellows. She is also meeting with some of the women accused of making racist comments at CAMP, and is training the board on how we can better address these problems. She will soon be working with our Diversity Committee and other members to train us on how to hold regional events and even webinars on race and diversity. Dr. Wardell is also working on a new organization climate and culture survey we hope to send out to members in early spring. We are also crafting a new code of conduct so members understand the basic rules of engagement and penalties when those rules are broken.

Through this work, it is my sincere hope that we create an environment that encourages women of color and young women to not just come to CAMP but to keep coming back and even join the board to become tomorrow’s leaders.

We will also launch a search for a new executive director, who can work full-time to oversee our group, raise money and elevate the recognition of JAWS as a supportive network for women in journalism. The money for the first-year salary and benefits for our new ED will come from the Democracy Fund and Ford Foundation.

I want to personally thank Lea Trusty of the Democracy Fund and Farai Chideya of the Ford Foundation. Both women are women of color, and they are shining examples of how the world can change for the better when women of color are put in positions of power. They are the reason JAWS is not only poised to address underlying issues around race but also can serve as a model for other groups tackling similar issues.

In 2019, we hope and plan to bring you more programming that helps you to grow, get new jobs and promotions, and make you feel better about the work we are doing as journalists.

Also in 2019, we will be welcoming another woman of color as president of JAWS. Mira Lowe has not only served as one of the most dedicated members on our board, where she was the secretary in 2018, but she has demonstrated herself as a calm, collegial and generous member of our Executive Committee. She, along with VP Lindsey Anderson, Treasurer Deborah Douglas and Secretary Rachel Sams, has been invaluable to me as our board seeks to sustain this organization as a financially sound and truly progressive group for women journalists.

Every contribution gets us one step closer to carrying our goals into the new year!