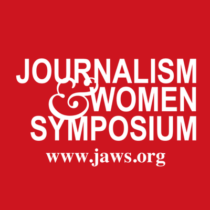 JAWS denounces the Trump Administration’s decision to revoke the press credentials of CNN White House correspondent Jim Acosta after a heated exchange with the president during a press conference. White House Press Secretary Sarah Huckabee Sanders later tweeted out that Acosta had been “placing his hands” on a female intern and included a video that experts say has been doctored to show Acosta attempting to hold on to the microphone more aggressively than he actually was.

JAWS calls on the White House to restore Acosta’s credentials immediately. The administration’s actions send the message that it’s OK for public officials to bar reporters with whom they disagree, controlling who covers them in violation of the First Amendment and at the detriment of our society.

These attacks by the president do not occur in a vacuum. Last month, CNN was targeted with an explosive device sent in the mail, and there is an increasingly hostile atmosphere to media across the country.

Intimidation and insults from the highest office in the land are an attempt to silence a free press, which is crucial to a free and functioning democracy and society. JAWS stands with the White House Press Corps, Society of Professional Journalists,  NABJ, IWMF, Reporters Committee for Freedom of the Press and other journalism organizations in demanding Trump cease his attacks on members of the media.

JAWS stands with other journalism organizations in calling on the president to cease his verbal abuse of journalists, truthfully answer questions and support a free press as outlined in the Bill of Rights.