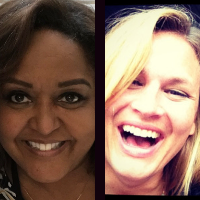 Opportunities for investigative work are hiding in plain sight: in annual reports, budgets from every level of government and your keen observations about your surroundings, be they physical cues (crumbling infrastructure) or listening to the informed complaints of the local community (what is the one hospital locals don’t want to wind up in? That’s a good place to start.)

The key to investigating is asking better questions and pressing for better answers.

Don’t ask leading questions or yes/no questions. Realize that nowadays everyone is getting media trained, which means they’re all looking to pivot from your insightful and hard-hitting question to give non-answer answers. People you won’t expect to have been trained now know they have to squirm away from tough questions.

sounds like an answer by using one word from your original question to segue into their prepared, polished comment that has nothing to do with what you asked.

Ask one question at a time.

If they don’t answer, call them on it.

Don’t be afraid to keep asking “why?”

IRE.org – Cheryl is the first president of color for this valuable organization! A TON OF FELLOWSHIPS AND RESOURCES for those interested in improving investigative skills.

Pro-tip: Sign up for with LinkedIn for Journalists for their training on how to search people—they hold it four times a year for journalists whom they vet. Then they give you enhanced access that allows you to reach into people’s profiles for details searches.

One of Cheryl’s investigations

One of Tisha’s investigations