“The way to right wrongs is to turn the light of truth upon them.”
― Ida B. Wells-Barnett

Ida B. Wells was born a slave in 1862 but became one of the nation’s leading investigative journalists. She was an ardent crusader against lynching — navigating dangerous roads in the Deep South and risking her life to bring light to injustice.

Wells wrote for several Black newspapers, reminding us of the importance of the Black press at a time when issues of minority communities were ignored or relegated to small blurbs in the back of the paper. She was brave and she was determined.

Since then, a number of women have boldly followed in Wells’ footsteps. I think of Ethel Payne, who was known as the “First Lady of the Black Press.” Payne was a thorn in the side of President Dwight Eisenhower. She was one of only three African American reporters in the Washington press corps in the 1950s and ’60s. Payne would ask Eisenhower questions about civil rights and urban issues, similar to April Ryan today. Payne covered seminal events of the Civil Rights Movement including the Montgomery Bus Boycott, the desegregation of Little Rock Central High School in Arkansas and the Children’s Crusade in Birmingham. 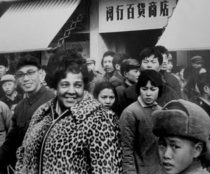 Payne wrote about the 1963 March on Washington, where Dr. Martin Luther King Jr., gave his infamous “I Have a Dream” speech, the Selma-to-Montgomery March that gave way to the Voting Rights Act of 1965 and Black soldiers who fought in the Vietnam War. In the 1970s, Payne was hired by CBS, becoming the first Black woman radio and television commentator for a national network.

According to the Birmingham Times, when Payne died, The Washington Post noted in an editorial: “Her voice was low, but her questions were piercing, and her reports on the world were cherished by millions of readers…Had she not been Black she certainly would have been one of the most recognized journalists in American society.” 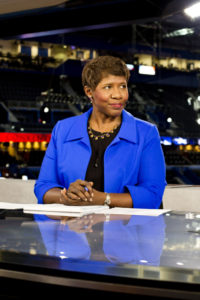 Gwen Ifill was certainly one of the most recognized journalists in American society. Like Payne, she covered the White House and national issues. But unlike Payne, who wrote for the Black Press most of her career, Ifill worked for some of the nation’s most prominent news organizations including The Washington Post and The New York Times. She made a successful transition to broadcasting when she became host of the PBS program, “Washington Week in Review.”

According to a piece in POLITICO, Ifill told the Washingtonian magazine when they named her 2015 Washingtonian of the Year: “We can’t expect the world to get better by itself. We have to create something we can leave the next generation.”

That’s exactly what Nikole Hannah-Jones has done. In 2015, Jones co-founded the Ida B. Wells Society for Investigative Reporting. The goal of the organization is to increase the number of investigative journalists of color. The New York Times magazine staff writer was recently named a MacArthur “Genius” Fellow for her work “chronicling the persistence of racial segregation in American society, particularly in education.”

Hannah-Jones was the keynote speaker at our annual CAMP dinner last year. She reminded our audience of female journalists that many, especially women, had their careers derailed because people didn’t believe in them. But Hannah-Jones hailed the resilience of those in the room, noting, “We’re not supposed to be here but we’re f*ing here!”

Within our own ranks, we are inspired by trailblazers such as Bobbi Bowman, Rachel Jones, Pamela Moreland, Betty Anne Williams, Sheila Solomon, Mary Curtis and many more.

So to the pioneering trailblazers: Ida and Ethel, Gwen and Nikole, thank you for your courage, your bold determination, for writing about the wrongs and leaving something for the next generation.