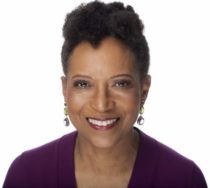 Mary C. Curtis, political columnist at Roll Call and NBCBLK, is an award-winning journalist and educator who has contributed to NBC News, NPR, The Washington Post, The New York Times, The Root, MSNBC, China Global Television Network, and talks politics on WCCB-TV in Charlotte. Curtis has worked at The New York Times, the Charlotte Observer, the Baltimore Sun, and the Associated Press and as national correspondent for AOL’s Politics Daily. Her coverage specialty is the intersection of politics, culture and race, and she has covered the 2008, 2012 and 2016 presidential campaigns.

Curtis is a Senior Leader with The OpEd Project, at Yale University, Cornell University, and the Ford Foundation and at the Aspen New Voices Fellowship in Johannesburg, South Africa. She was a Nieman Fellow at Harvard University and a Kiplinger Fellow, in social media, at Ohio State. Her honors include Clarion Awards from the Association for Women in Communications, three first-place awards from the National Association of Black Journalists, and the Thomas Wolfe Award for an examination of Confederate heritage groups. Curtis has contributed to several books, including an essay in “Love Her, Love Her Not: The Hillary Paradox.”

1. What are you looking forward to at CAMP in Hot Springs, Ark.?

Connecting with colleagues and friends I respect and care for, learning something new and a massage.

2. What’s an interesting fact that not many people know about you?

That I always used my middle initial since I was named for my grandmom, Mary Cecelia, who died before I was born so it’s in her honor – and because I always attended Catholic schools. If you called on “Mary” at St. Pius V in Baltimore, about four girls would turn around, so we all got used to using two names.

3. What project(s) are you working on?

Quite a few projects in the works. Working on a book about… a lot of things. I keep busy covering the intersection of politics, culture and race for Roll Call and a lot of other outlets, and not getting any sleep because of it. Learning from as well as teaching thought leaders around the world as senior leader with The OpEd Project. Being a wife and mother. Finding time to think.

4. Where is your home base, and what do you like most about it?

Charlotte, N.C., which I have come to love because it’s just big enough, just friendly enough, just affordable enough and the odd center of the political universe, it seems.

5. What’s a good book you’ve read lately and why would you recommend it?

My book club, Zora’s Daughters, last read “Underground Railroad” by Colson Whitehead. It was beautifully written, realistic yet also otherworldly and magical, with characters and situations to break your heart and stun you with their resilience and honor.