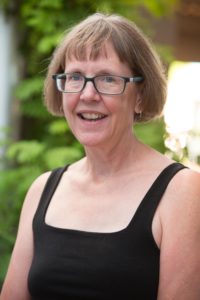 The protests and counter-protests in Charlottesville, Va., highlighted, once again, the challenges we face as journalists, particularly when it comes to false equivalency.

As many have noted, there are no two sides to racism.

It was heartening to see SPJ’s ethics chairman write about the false equivalence.

“…we objectively know that discrimination based on sex, race, ethnicity, religion, sexual orientation, gender identity, disability and other inherited traits is wrong,” Andrew Seaman wrote. “Journalists should feel free to say so and forcefully challenge people who believe otherwise.”

The Associated Press, arbiter of journalism style, also made clear that journalists should stop using the relatively innocuous terms “alt-right” or “alt-left,” instead being more specific and using white supremacist or white nationalist depending on a group’s position.

And our own Merrill Perlman offered even more clarity about these labels and their distinctions in her Columbia Journalism Review column.

“A ‘supremacist’ believes a particular race (or sex, or other genetic or cultural characteristic) is naturally superior to others,” Perlman wrote. “A ‘nationalist,’ though, is at heart merely someone who strongly believes in the interest of one’s own nation, however ‘nation’ might be defined.”

But journalists face a range of challenges in covering the resurgence of hate in our country beyond language. We hope some of our programming at Conference and Mentoring Project (CAMP) in Hot Springs, Ark., will address those challenges.

One of the highlights for me will be a Sunday session on implicit bias.

Titled “Slow Thinking, Self-Audits and Superior Sources: A Toolbox for Counteracting Bias,” this Sunday morning plenary session will address “how we can make sure the unconscious biases all of us harbor don’t stand between us and the excellent journalism we want to do.” It will be followed by a breakout discussion for those who want to delve more deeply into the topics.

Many journalists are still fighting the battle for equality in our newsrooms. I found this piece from Dismantling Racism a worthwhile list of characteristics of white supremacy culture and suggested antidotes.

“The characteristics listed below are damaging because they are used as norms and standards without being proactively named or chosen by the group,” the authors write. “They are damaging because they promote white supremacy thinking… these attitudes and behaviors can show up in any group or organization, whether it is white-led or predominantly white or people of color-led or predominantly people of color.”

Clearly, our country and we as journalists still have much work to do to achieve equality for all.

And JAWS will continue to work diligently on this issue.