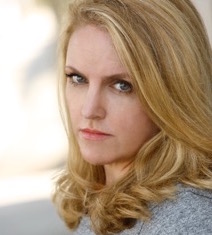 Often called the ‘new’ Orange Is the New Black, Chandra Bozelko is a writer and thought leader on all issues related to criminal justice reform.

As a graduate of Princeton University who was in the middle of post-graduate study (law and public health) when she was arrested, Bozelko was an unlikely inmate. She served more than six years at the York Correctional Institution, Connecticut’s only women’s prison, for non-violent crimes that remain on appeal. While Bozelko was incarcerated, she published a book of poetry entitled “Up the River: An Anthology “(Bleakhouse, 2013), which won American University’s Best Book Award in 2015.

Bozelko was the first inmate to write a regular newspaper column from behind bars, called “Prison Diaries.” “Prison Diaries” is now a weekly blog of columns she wrote while was still incarcerated. It was honored by the Webby Awards twice (2016 and 2017) and won first place in the National Society of Newspaper Columnists’ annual contest in 2016.