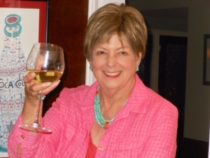 JAWS member Carole Ashkinaze Kay, a pioneering journalist who served as the first woman on the Atlanta Journal Constitution’s editorial board, died of cancer Monday, Sept. 19, 2016, in hospice in Atlanta.

Carole shared her hospice news with JAWS and her other friends in early August, continuing to read the email list and sharing her life on Facebook.

“Journalism and Women Symposium members are saddened by Carole’s passing,” said JAWS President Sandra Fish. “Carole and her career embodied the JAWS mission to support ‘the professional empowerment and personal growth of women in journalism’ and to work ’toward a more accurate portrayal of the whole society.’ ”

Below is the obituary she wrote as it appears on Legacy.com:

She was a leading voice for women’s and civil rights in Atlanta in the 1970s and ’80s, and the first woman in the Atlanta Journal Constitution’s history to serve on its editorial board. She later served on the Chicago Sun-Times’ editorial board, as Media Chief of the United Nations Children’s Fund, and as a longtime consultant to the American Civil Liberties Union.

In her first job out of journalism school, she covered the Watergate hearings for Newsday and shared in a Pulitzer Prize (1970) for investigative reporting of political corruption on Long Island.

Best known in Atlanta for her provocative columns and editorials about women and minorities, she was the first to write seriously about women’s lives and needs in any Georgia news medium. She addressed abortion, domestic violence, rape and discriminatory statutes, including a “Head of Household” law, which stripped women of their legal and civil identities when they married, making them “subject to” their husbands under Georgia law.

She urged equal pay for equal work, the appointment of more women to state and federal government, and ratification of the federal Equal Rights Amendment, which most Georgia legislators opposed as “anti-family,” “un-Christian” and “immoral.” She crusaded for the installation of a women’s restroom in the Georgia capitol building, so the small but growing number of women legislators would not have to wait in line, behind visiting Girl Scout and school groups, and miss votes. She worked for the creation of a shelter for battered women and wrote critically of Atlanta’s venerated debutante cotillions.

She also “integrated” the paper’s Style Section during a stint as Features Editor, insisting that women of color be sought as models in its previously all-white fashion pages, and wrote frequently about racial and ethnic inequities.

She later joined the Editorial Board of the Sun-Times in Chicago, where she wrote regularly about threats to legal abortion and violence against abortion providers; she was the only pro-choice commentator in that city at the time, and a sought-after speaker by women’s groups. She also was the first to take up Native Americans’ demands for restoration and protection of the Dickson Mounds burial grounds in Illinois, and among the first to second Anita Hill’s complaints that Clarence Thomas was unfit for confirmation to the U.S. Supreme Court. She covered Carol Moseley Braun’s historic campaign for the U.S. Senate, and correctly predicted its success. She received the Kizzy Foundation Image Award in 1991 for her coverage of women and minorities in Chicago.

A graduate of St. Lawrence University in Canton, N.Y. and the Columbia University Graduate School of Journalism in New York City, Carole spent her early career at daily newspapers. She also worked briefly as Public Service Director of WXIA-TV in Atlanta, winning the Society of Professional Journalists’ Green Eyeshade (top) award for editorials she wrote and produced, before joining the Journal-Constitution in 1976.

She later relocated to Washington, D.C., where she worked for nearly 20 years as a media strategist for nonprofits. These included the American Civil Liberties Union, the Communications Consortium Media Center, the Harvard Civil Rights Project, the Council for International Exchange of Scholars (The Fulbright Program), the United Nations Development Fund for Women (UNIFEM) and the Mac Arthur Foundation. She also spent three years as Night News Editor in the McClatchy Newspapers Washington Bureau, taught journalism at American University in Washington, and led professional journalism seminars (for the U.S. Information Service) in Haiti and Tanzania. She spoke French fluently. 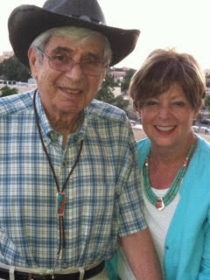 Her books include “The Closing Door” (with Gary Orfield) published in 1991, named Outstanding Book on Human Rights in 1992 by the Gustavus Myers Center for the Study of Human Rights at the University of Arkansas. She also edited “Strategic Communications for Nonprofits” (1999, Jossey-Bass) and “In Pursuit of Equity in Education” (2001, Kluwer).

Her volunteer activities included more than a dozen years as a literacy tutor in Washington D.C.

A longtime member of Temple Sinai in Washington, she completed an adult Bat Mitzvah class there in 2000, and was married there by Rabbi Mindy Portnoy in 2009. She married late in life, at 63, to a retired oil company executive who had been widowed the previous year.

After her retirement, they moved back to Atlanta, where she devoted much of her time to volunteer work with the Atlanta Jewish Film Festival.

She was also a longtime member of the Journalism and Women Symposium (JAWS). 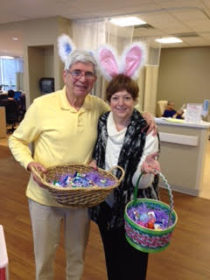 She and her husband, Irving Kay, also liked to visit Atlanta hospitals on holidays, to chat with and distribute sweets to patients who were there on their own. At Emory St. Joseph’s Hospital’s chemotherapy infusion center, where they donned rabbit ears and passed out Easter eggs every spring, they were known as “the Jewish Easter Bunnies of St. Joseph’s.”

Her newspaper columns, papers and oral history have been digitized, and are in the Women’s History Archives permanent collection at Georgia State University.