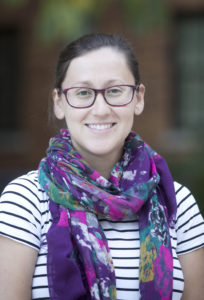 Rachel Sapin is a city and state government reporter for the Aurora Sentinel. Aurora is the the third-largest city in Colorado and is also the state’s most diverse. Her stories range from long-form features about Colorado’s marijuana industry to stories about local immigrant and refugee residents in a city where the foreign-born population is 1 in 5 and residents speak more than 130 languages.

Sapin received an award from the United Veterans Committee of Colorado for reporting on what led to the new veterans hospital in Aurora being years behind schedule and costing $1.7 billion. The project has left 400,000 veterans in the state with an overcrowded, dilapidated building in Denver that should have been replaced more than a decade ago.

She is interested in reporting on the disconnect between the hero-worshiping politicians pile on veterans and how that notion of our military service members has not helped a population that is increasingly vulnerable.