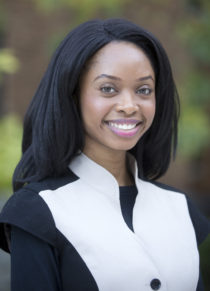 Laura Onyeneho is a multimedia journalist and video content producer from Lowell, Mass. She uses journalism platforms as a means to spotlight the experience  of under-served communities, both in the United States and abroad. Some big topics she tackled were gentrification and the overcrowded student housing in Boston, as well as the Boston City Hall rally for the return of the abducted Nigerian girls in 2014.