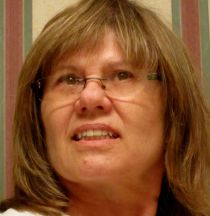 By Gina Setser, JAWS Board Member and CAMP Co-Chair

Twenty-five plus years ago when I joined JAWS, the journalism world was filled with promise. If you were talented and worked hard, you could eventually get hired to work for a large news organization where you could, potentially, gain the freedom to research and write big, life-changing stories. If you were a talented male, it was pretty much a given. If female, a distinct possibility.

Just a couple short decades later, that’s as realistic as a trip to the moon.

But if there is one thing I’ve learned in my very fortunate life, it’s that the biggest opportunities arrive when big change happens. And if there was ever a time when a newswoman could define her own path, that time is now.

But she can’t do it alone today, any more than she could two decades ago. That is why JAWS continues to fill a critical need, and why we have tried to build a program that provides inspiration, entrepreneurial and skills training, mentoring and leadership.

So come to the 30th anniversary JAWS CAMP at Grouse Mountain Lodge in Whitefish, Mont., from Oct. 9 to 11, where we can work together to shape a future where all professional newswomen are treated with the respect that hard work and talent earns for them.

Our distinguished keynote speakers, Amy Bell and S. Mitra Kalita, are eager to meet you, share their wisdom and answer your questions.

Formerly, Kalita worked at The Wall Street Journal, Washington Post, Associated Press and Newsday, and more recently she was the founding ideas editor at Quartz and then its executive editor-at-large. She oversaw the launches of Quartz India and Quartz Africa. Her career also included a sojourn in India, where she became the founding editor of Mint, a business paper in New Delhi.

And of course, CAMP has many sessions. For the independent spirits among you, there is a session called “Freelance Doesn’t Mean Free,” where you can learn how to be effective as you set rates, invoice clients, negotiate contracts, record income and expenses, secure “employee” benefits, keep the IRS happy, and more at this workshop on the business side of freelancing. This is ideal for freelancers in the first two or three years of their careers as well as more established freelancers.

If you need a boost in your hands-on skills, we have “Mobile Storytelling,” where you can explore the latest apps journalists are using to tell stories from the field. This is a hands-on session that covers the basics for mobile photography, video and live-streaming. Jackie Spinner is a former Washington Post correspondent who now teaches digital storytelling and runs a multimedia photojournalism major at Columbia College Chicago. And there is more. Lots more. Read about our sessions here.

Go ahead and register already, here. Take advantage of the special airfares with American, Delta and Alaska. And if you need a roommate or a ride to CAMP, check out the JAWS philosophy of sharing.

Those of us who have been JAWS members for years actually view the speakers, training sessions and panels as icing on the cake. Far more important to most of us are the friendships, professional support and sustenance we get from rubbing shoulders with other like-minded souls. I’ve never encountered an environment quite as nourishing as JAWS for female journalists. Join us and find out for yourself what you’ve been missing.