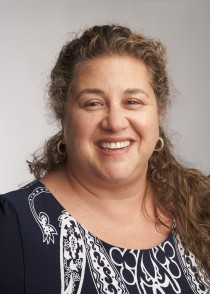 In Montana in October, we will mark JAWS’ 30th anniversary. And I will mark my 11th CAMP.

My first CAMP was in Sundance, Utah, in September 1999. I didn’t know more than one or two women there, and I was sharing a condo with a group of women I’d never met before.

As with most JAWS CAMPs, it began with introductions over dinner on Friday and I found myself in awe. I was in a room of women who had the careers I aspired to, but didn’t know how to achieve.

I spent that CAMP listening to conversations, over meals and in conference sessions, about what women could do in journalism, and documentary film, and politics. I listened to women talk about working as editors, producers and directors.

The timing could not have been better, as it turned out. I was a few years into a job that I loved, but I was starting to realize that I had a choice to make. I could stay comfortable and stay where I was, or I could stretch outside my comfort zone and see where I could go.

A month later, I had the opportunity to apply for my first editor’s job. I can honestly say I don’t think I would have done it had I not met some of the amazing women of JAWS. I can’t say I bonded closely with anyone at that CAMP, but I did get to hear so many fabulous women talk about their challenges, their struggles, their victories that I was able to at least envision what strong women editors looked like. I thought I could give it a try.

I applied for that job, got it, and less than a year into it, got the chance to become the first woman editor that paper had ever had.

When you come to CAMP you meet a lot of “First Women”: editors, bureau chiefs, war correspondents and founders.

And every year at CAMP, new members and old friends inspire me to continue to stretch.

Some of the inspiration comes from the amazing speakers, like Diana Henriques who came to Asheville, N.C., and told the story of how she deciphered the story of sociopath Ponzi schemer Bernie Madoff and came away with a book that proves how much stranger truth can be than fiction. And Gov. Madeline Kunin and Jill Abramson, who in Burlington, Vt., offered great examples of what women leaders sound like.

But my favorite times at CAMP come in some of the less formal moments, like in Asheville, when a group of JAWS women with different skills and experiences gathered around a table late into the night talking with a new editor, who leads a new nonprofit journalism outlet, and brainstormed on possible reporter hires, community development strategies and more.

At the 10 CAMPs since Sundance, I’ve had many such moments, gathered around dining tables and bars, clustered in front of fireplaces and fire pits, indoors and out, where some of the greatest minds in the industry – of all ages and a range of talents –  have shared  ideas and problem solved in ways that make us all stretch and succeed.

I know I wouldn’t be where I am in my career without the generosity, lessons and encouragement of these women. I am now in a new job, with many new challenges to tackle, so I can’t wait for Grouse Mountain Lodge. Let the brainstorming – and the next 30 years –  begin.