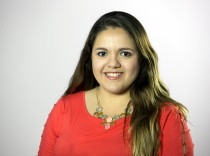 Nicole Chavez is a mobile/breaking news reporter at the Austin American-Statesman, where she writes about public safety and creates multimedia content. She is also preparing to launch a series on Austin homicide cold cases.

Chavez is bilingual and grew up between two cultures, living on both sides of the U.S.-Mexico border in Ciudad Juarez and El Paso.

Before moving to Austin in 2014, she graduated from the University of Texas in El Paso and interned at the Washington Post, The Atlanta Journal-Constitution, The Brownsville Herald and several Spanish-language publications. She is also a Chips Quinn Scholar and a former national board member of the National Association of Hispanic Journalists.