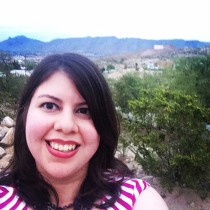 Lisa Maria Garza is a reporter for Reuters based in Dallas, covering general news in Texas and the Midwestern United States. Some of her highlights include a profile of the “Patriots,” a heavily-armed citizen group that patrols the U.S. – Mexico border along the Rio Grande Valley; rival biker gang shooting in Waco; Dallas Ebola crisis; 2014 Fort Hood shooting; 2013 fertilizer plant explosion in West, Texas.

Garza graduated from the University of North Texas in 2013 with a bachelor’s degree in applied arts and sciences. She is a San Antonio native who has lived in the DFW Metroplex for seven years, but remains a loyal Spurs fan. She recently completed a four-day tour of the Borderplex, organized by the Aspen Institute Latinos & Society program, and learned about under-reported border issues in El Paso, Juarez and New Mexico.