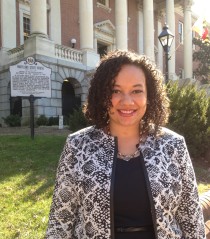 Kirstin Garriss is the Senior Nightside and Maryland State House reporter at WHAG-TV, the NBC affiliate in Hagerstown, Md. She is also a fill-in anchor and producer.

As a multimedia journalist (one-woman-band), Garriss covers breaking news and enterprise stories within 16 counties in Maryland, Pennsylvania, West Virginia and Virginia. Some of the biggest stories she has covered include the 2014 Interstate 81 homicide, a nationally covered story in which a 28-year-old man was shot and killed in a road rage incident, and the 2015 Inauguration of Governor Larry Hogan.

Garriss is a proud Tar Heel. She graduated from the University of North Carolina at Chapel Hill in 2011 with a Bachelor of Arts in Journalism and Mass Communication and minor in American History.