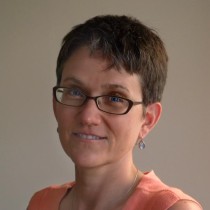 E.J. Graff entered journalism in the 1980s, contributing to the then-marginalized gay and feminist press. During the 1990s she began reporting about LGBT life for the mainstream, and in doing so, helping to pioneer the gender and sexuality “beat.” Her work has since appeared in a wide range of publications, including The New York Times Magazine, The Washington Post, Newsweek, The Advocate, The New Republic and Slate. Graff has published two books: “What Is Marriage For? The Strange Social History of Our Most Intimate Institution” and Mass. Lt. Gov. Evelyn Murphy’s book “Getting Even: Why Women Still Don’t Get Paid Like Men—and What To Do So We Will.”

Between 2005 and 2011, Graff was the senior researcher and associate director at the Schuster Institute at Brandeis University, where she wrote groundbreaking, award-winning investigative pieces on such subjects as workplace sexual harassment of teens and fraud and corruption in international adoption. While the funding line that supported her came to an end, Graff remains an unpaid Senior Fellow with the Institute, working again as an independent journalist. As a result, like so many of us, she has had to reimagine her future in journalism. She is currently freelancing and working as a part-time contract editor for the political scientists who run The Monkey Cage blog at The Washington Post.