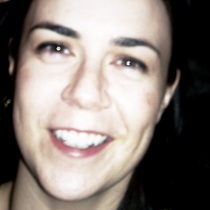 Deirdre is a Boston-based independent journalist passionate about reporting on social justice issues. Her recent work includes projects on prison reform, school safety and implementation of the Violence Against Women Act. When she isn’t writing, you can often find her around town experimenting with her DSLR camera to develop her photojournalism skills.

After earning her master’s degree in journalism from Georgetown University in 2012, Deirdre got her start working as a staff reporter for The Current, an old-school community newspaper in Washington, D.C., where she covered city government and education and still contributes human-interest feature stories. In 2014, Deirdre won a silver in magazine feature writing from Association Media & Publishing for her article on international shipping container theft.

Deirdre joined JAWS in 2011 and is one of the D.C. region’s immediate past co-captains. She’s also the fundraising chair of Women Photojournalists of Washington, a nonprofit that helps promote the work of women photojournalists.

This will be Deirdre’s first time attending CAMP, and she looks forward to sharing her enthusiasm for journalism and collaborating with fellow JAWS members on how to ensure more women progress up the ladder and into decision-making positions at news organizations.

She’s especially excited to attend this year’s CAMP to celebrate the 30th anniversary of JAWS and all of its trailblazing members.