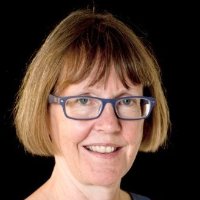 The competition? NICAR, the National Institute of Computer Assisted Reporting conference put on each February or March by Investigative Reporters and Editors.

Of course, NICAR appeals to my affinity for data and technology. Through the years, I’ve learned so much from NICAR, from how to use Microsoft Access to analyze data in the 1990s to transitioning to open-source databases, from great Excel tricks to scraping websites using Python programming.

But another reason I love NICAR is the effort organizers make to be inclusive in terms of gender, ethnicity and age.

A conference highlight in recent years has been the Women in CAR dinner, this year attended by 100 women on Saturday night. You had to RSVP early, because far more than 100 women attended this year’s conference.

JAWS member Jennifer LaFleur revived the women’s dinner at NICAR a few years ago, recalling the early days of NICAR in the mid-90s when only a handful of women filled a dinner table. (Of course, in those days NICAR attracted only a couple of hundred people compared with nearly 1,000 these days.)

Like at JAWS, the Women in CAR dinner was a great place to share information, reconnect with friends, meet new women journalists and sip a glass of wine or beer.

At JAWS CAMP in Whitefish, Mont., this fall, we are planning a data visualization workshop — more about that another time, but it’s a great follow-up to last year’s investigative reporting workshop.

Next year, NICAR will be in Denver on March 10-13, and I hope to be involved in organizing the Women in CAR dinner. And I hope to see more JAWS members there.

In the meantime, if you’re looking to dip your toes in the programming waters, consider these resources outside journalism groups:

See you in Whitefish in October! And maybe in Denver next March!