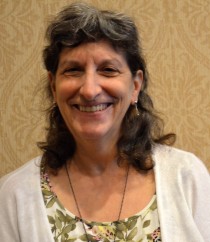 Merrill Perlman is a freelance copy editor for such places as ProPublica, Rosetta Books and Amazon Kindle Singles, where the people she’s edited include Mara Altman, Erica Jong, The Onion, Stephen King, Armistead Maupin, Eliot Spitzer, John Sculley and Kurt Vonnegut (posthumously, for him). She also gives seminars on self-editing, grammar, language and journalism for groups from high school through mid-career professionals, as well as for Poynter’s NewsU, law firms, foundations and corporations. She’s an adjunct assistant professor at the Columbia University Graduate School of Journalism and writes the “Language Corner” column for Columbia Journalism Review.

She “retired” in 2008 after 25 years at The New York Times in jobs ranging from copy editor to director of copy desks, in charge of all 150-plus copy editors at The Times, and still occasionally consults for the Times. Before going to the Times, she was a copy editor and assistant business editor at The Des Moines Register, and  a reporter and copy editor at the Southern Illinoisan newspaper. She has a bachelor of journalism degree from the University of Missouri and a master of arts in mass communication from Drake University. She served on the JAWS board from 2007 to 2009 and was co-chair of the 25th anniversary JAWS CAMP. She’s also president of the scholarship arm of the American Copy Editors Society, the ACES Education Fund, and thus a member of the ACES board. She’s a volunteer Greeter Guide for the Central Park Conservancy, and is training to be a volunteer Central Park tour guide.