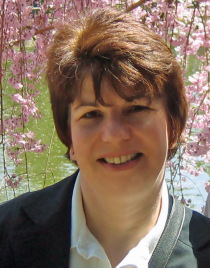 Liz Seegert has spent more than 30 years reporting and writing about health and other topics for print, digital, and broadcast media. She reports on a range of public and community health issues, with an emphasis on aging, social determinants and women’s health. She edits the aging topic area for the Association of Health Care Journalists and is also a co-producer of HealthStyles, on WBAI-FM, NYC. She is a Senior Fellow, Center for Health, Media & Policy, Hunter College, NY and was recently chosen as a Journalist in Aging Fellow for the Gerontological Society of America. Liz is also an adjunct in media studies and communication at Empire State College, State University of New York.

Liz is a board member and webmaster of the Ethical Humanist Society of Long Island. She has a B.A. in Broadcast Journalism from Boston University and a M.A. in Social Policy, healthcare concentration, from Empire State College. She lives in Queens, New York with her husband, son and a 2-year old Shepard mix named Duke.