McBride began by leading the audience through several statistics, including that only four women serve as editors-in-chief of the 25 largest dailies in the U.S. and only one of the top 25 papers has a female publisher.

To increase that number, “You don’t get there by going out and trying to find women editors,” Gyllenhaal said. “You build it. This is a years-long thing.”

Some panelists said that slow growth was because of upheaval and layoffs in traditional media that either hit women more significantly or caused newsrooms to place less of a focus on advancing women.

Panelists talked about being mindful of how people perceive leaders and that it’s not about making women fit into business culture and stereotypes, but also expanding that culture to different types of leaders.

Goldberg said women shouldn’t need to act like men to do their job successfully.

Panelists talked about women finding mentors to give advice and sponsors who actively advocate for people. Anders said when women are looking for a sponsor, they should let friends and colleagues know.

They also spoke about women taking the initiative to ask for a raise.

“So to the degree that when we leave this room, we can kind of banish bashfulness, we will have done something,” she said.

Geisler said that studies have shown that women who ask for raises are not seen as team players and are rated as being hard to work with.

One audience member said she was concerned about balancing her career and potential children. Smolkin urged her not to base career decisions on whether it might be hard as a mother.

“Try it, and if it’s too hard, you can always readjust,” she said.

Poynter plans to solicit donations for leadership scholarships for women and will run a series of essays on Poynter.org by women newsroom leaders. Pitches can be sent to push4parity@poynter.org.

Afterward, JAWS members joined several of the panelists for a drink, taking over the Press Club lounge for more than an hour. 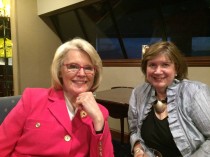 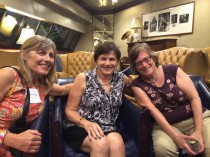 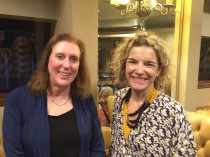 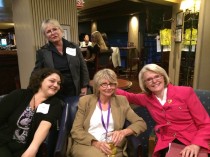 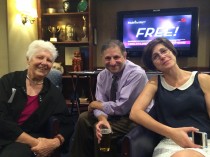 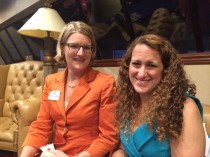