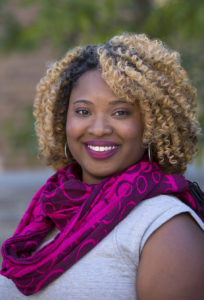 A television producer at ABC Action News, Georgia Dawkins has been a producer for the past five years. At 27, she has already worked all over the country, after starting at ABC News in New York City as a digital fellow in 2008. In 2009 and 2010, she was a desk assistant for “Good Morning America.” A former board member of the National Association of Black Journalists (NABJ), she also served as NABJ chapter president and membership chair for several years. Being awarded a JAWS Emerging Journalist fellowship was the highlight of 2014 for her. Last year, she raised the most money of all the fellows, bringing in more than $1,200. Since CAMP, she has served as a judge to help select this year’s fellows and will serve as fellowship assistant coordinator at this year’s CAMP. She is also a proud participant in the JAWS mentorship program. Noting that she didn’t know about JAWS in college, she would like to start recruiting JAWS members earlier. She’s also interested in JAWS providing more virtual training, such as webinars on entrepreneurship or freelance journalism, and in JAWS hosting live Twitter chats on pressing issues for female journalists. “We could even use it as an opportunity to spotlight members tackling big issues,” she said.