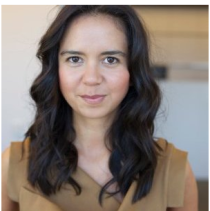 Annie Rose Ramos is a producer for Huffington Post LIVE in New York City where she produces the daily segment called World Brief. She was previously a producer and digital reporter for Fusion Network in Los Angeles where she reported on topics ranging from immigration issues to extraterrestrial conventions. She started out in journalism at ABC News in New York City where she worked as a field producer on breaking news stories including the Sandy Hook Elementary School Massacre and Hurricane Sandy while attending NYU School of Journalism.