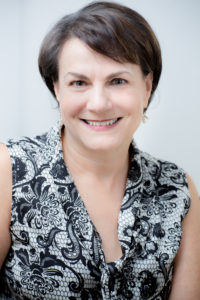 Linda Kramer Jenning is an independent journalist and an adjunct professor at Georgetown University. She ended an eight-year stint as Washington editor for Glamour at the end of last year. Her work at Glamour focused on issues that touch the lives of young women and on projects like the annual Glamour Women of the Year honors.

Kramer Jenning began her journalism career with the Associated Press in New York, San Francisco and Oregon. In San Francisco, she did general assignment reporting before taking on the job of day editor. In Oregon, she became the Statehouse correspondent covering the intriguing politics of a state that is more than “Portlandia.” She left the AP to work for KOIN-TV, the CBS affiliate where she covered local news and later became the station’s first woman assignment editor. While in Oregon she served twice as president of the local SPJ chapter and was appointed to the Oregon Bar, Bench, Press Committee.

She left KOIN to freelance after her second son was born. She contributed to both local and national publications and worked as TIME’s Oregon stringer while also writing a book on Portland.

She joined Time Inc.’s People bureau after moving to Washington, D.C. She worked as a correspondent and then acting bureau chief and deputy bureau chief. At People, she reported on four presidential cycles, profiled members of Congress and covered breaking news and human interest features – along with the occasional celebrity like Angelina Jolie or George Clooney when they popped up in the nation’s capital to promote a cause.

Kramer Jenning holds a master’s degree from Johns Hopkins University and a bachelor’s degree from Smith College. She is a Capstone instructor in the Georgetown Master of Professional Studies Journalism program. Classes she has taught include Journalism of Conscience, Art of Interviewing and Feature Writing. She also has taught undergraduate journalism at Georgetown and was academic director from 2006-2009 of the Georgetown Summer Journalism Workshop for high school students. She was the 2006 Shapiro Fellow in the School of Media and Public Affairs at The George Washington University. She also has taught in the Boston University Washington Semester program.

She shared in journalism honors including awards for Glamour’s political coverage from the National Women’s Political Caucus and from the Planned Parenthood Federation, Time Inc.’s 2007 Henry Luce Award for Outstanding Story for her article on a wounded marine and a Henry Luce Award for Deadline Reporting for leading People’s coverage of the 2006 Sago, W.Va., mining disaster.

She has served on the board of the Alumnae Association of Smith College, the Media Advisory Board of the National Network to End Domestic Violence, the Speakers Committee of the National Press Club and currently is a board member of Running Start.

She attended her first JAWS CAMP in 2003, served on the board in 2005, is a past chair of the Fellowship Committee and D.C. regional co-captain. She lives in Alexandria with her husband. Her two sons lead far-flung lives – one currently works in Haiti and the other in Seattle.