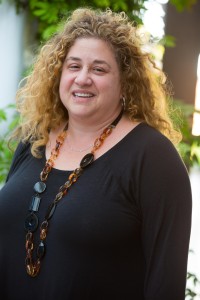 Amy Resnick joined the staff of Pensions & Investments in 2012 as executive editor, based in the paper’s New York City office.

Prior to that, she spent 15 years at The Bond Buyer, a SourceMedia publication, including her last 10 years there as the Editor in Chief. She was the first and only woman ever to hold that job in the 121-year history of the publication. She also served as a reporter and tax reporter in the paper’s Washington, DC bureau and as the paper’s managing editor.

Before joining The Bond Buyer, she worked as a local reporter in Virginia and Massachusetts.

Resnick was a Knight Wallace Journalism Fellow at the University of Michigan and is a self-described public policy nerd.

She has a master’s in journalism from the Columbia University Graduate School of Journalism and a bachelor’s degree in international relations and history from Tufts University.